Sukkot is the celebration of harvest, and harvest is strongly associated with autumn: here in the Northern Hemisphere, nothing says “autumn” like pumpkins – pumpkin pie, pumpkin soup, and pumpkin-spice late… Here at Tnuva USA we honour the autumn pumpkin obsession!

The melted cheese adds depths and flavor to the soup, while the pumpkin seeds add a delightful crunchiness. Put them together, and you’ve got a deliciously healthy soup, rich in texture and flavor.

Instructions:
1.Preheat the oven to 210 degrees Celsius and line a baking tray with baking parchment.
2.Wash the pumpkin and cut in half. Remove the seeds and cut into thick slices (with the peel).
3.Set pumpkin slices on prepared parchment and drizzle with 2 tbs. of olive oil, sprinkle with sea salt and pepper, and then massage the pumpkin so that it absorbs these flavors. Place in the oven and cook for an hour, or until you can stick a fork/knife clear through the pumpkin. Remove and chill for about 20 min., or until you can touch the pumpkin.
4.In a medium-sized pot, heat 2-3 tbs. of olive oil over a high flame and sauté the onions until they’re translucent and slightly golden.
5.Reduce the flame and add the sliced garlic and another tbs. of olive oil – sauté until golden.
6.Reduce the flame a little more, add the chopped leek and fry for a minute. If you need to, add a little more olive oil.
7.Reduce the flame once more, add the parsnips and carrots and stir.
8.Add 4 cups of water and stir, then turn the flame up high and bring the pot to boil.
9.After reaching a boil, reduce to a low flame allow to simmer for 15 min., or until you can stick a fork through the carrots and parsnips.
10.Remove the cooled pumpkin's peel and roughly chop your pumpkin slices. Place them in the pot with another 2 and ¾ cups water and stir.
11.Season with salt, black pepper and a tbs. of olive oil. Taste and adjust seasoning if needed, then remove from the flame.
12.Blend the soup with a blending rod in the pot.
13.In a small pan, heat a tsp. of olive oil on a high flame and fry the pumpkin seeds until some of them begin to jump in the pan. Transfer to a plate lined with paper towels.
14.Sprinkle 1-2 tbs. toasted pumpkin seeds and a bit of Tnuva's Crumbled Sheep Feta over each guest's bowl of soup.

Tnuva Products used in this recipe: 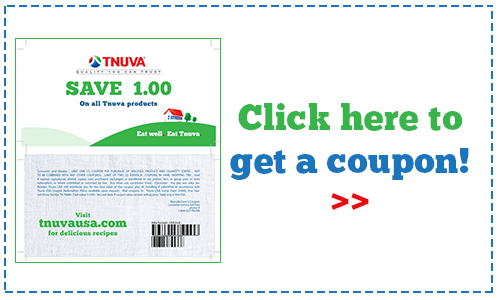